Recently, we presented Barbara’s Read me installation at Lange Nacht der Forschung (The Long Night of Research) 2016. During our group brainstorming sessions leading up to the event, I proposed we include a secondary activity at our station. What I finally came up with was a realtime, live extension of our #GYHAFY: Give Yourself a Holiday Away From Yourself challenge, using our Twitter account as a vehicle for storytelling.

The concept was to tweet a short story reflecting the identity of the participant in the length of a tweet, which meant 140 characters or less. In practice even fewer characters were available, as each tweet had an attached picture. A set of 19 story starters were provided, sourced from photos by myself, Barbara, and some of our community members. 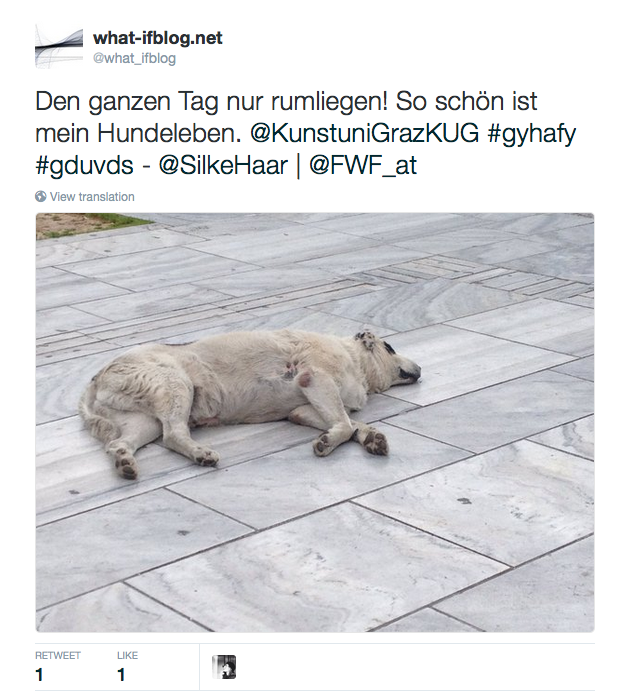 The storytelling activity was considered a live extension of the call for entries we published in February. We also included the German acronym #GDUVDS: Gönn dir ein Urlaub von dir selbst, as we were approaching a primarily German-speaking audience at this event.

But why Twitter? the format of a tweet lent itself to fast-paced storytelling very well. I wanted to see if individual identities and ideas would come across well in such a constrained manner. It all goes back to the concept of working creatively within constraints, something I discussed in a 2014 blog post on what-ifblog.net. 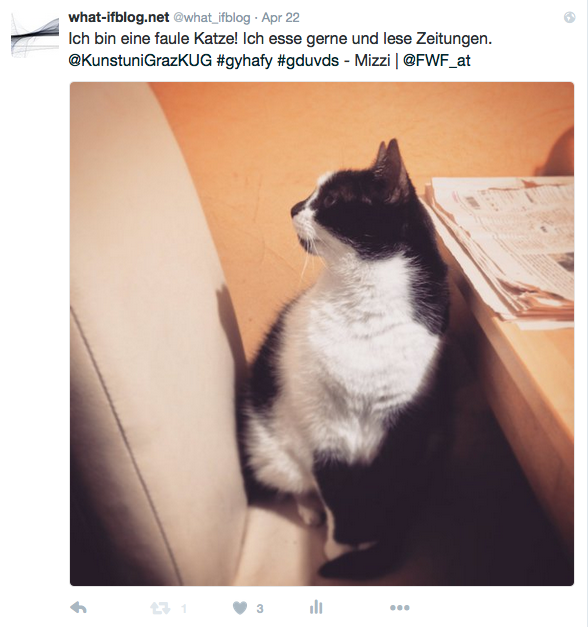 During the course of the evening we received a total of 17 individual stories based on 11 different images. Each had a completely different take on the assignment. To me, this demonstrates that people not only engaged with the activity, but that storytelling on Twitter actually worked: everyone was able to convey something different through the limited format of a tweet.

You can see all the images and read the associated stories on our Tumblr community gallery, in two parts, with credits and stories for each picture as a caption when you click on the image:
STORIES, PART 1 | STORIES, PART 2

To me it was really important to implement a live, real-time demonstration of participatory art in action, connecting on a more personal level with some of our community members. People got more involved and got more out of our station by sticking around longer and actively taking part in What if? with us!

Featured image: a collage of the different story starters for the live Twitter storytelling activity. Follow the links above to the Tumblr gallery to see all credits. Post images top to bottom: Barbara, Clio, and community member Sabina Ulubeanu.