In 2012 during my travels through New Zealand,  I encountered a Maori lady wearing a Moko Kauae (facial tattoo). I had traveled there for a project that had me tracing the 34th parallels north and south, linking my birth town to Los Angeles (where I started) to the number of years I had been on the planet. The encounter with the Maori lady stirred a fascination in me. The Moko Kauae reminded me of the traditional Berber tattoos, known as Tichrat or Taghzait, seen on members of my family and on Berber women in my Moroccan homeland.

What was the significance of these facial tattoos? What were the stories behind them? Was there a connection between the two?

I had uncovered a pathway which begged further investigation. Morocco and New Zealand  are at the exact opposite coordinates. If I stuck a needle through Morocco, through the centre of the globe, that needle would emerge in New Zealand. Would this same needle sew a thread, trace a link, and ink the two traditions?

There are similarities between the Berber and Maori culture; both have experienced repression, belittlement of cultural tradition, suppression of native language and feminine disrespect. 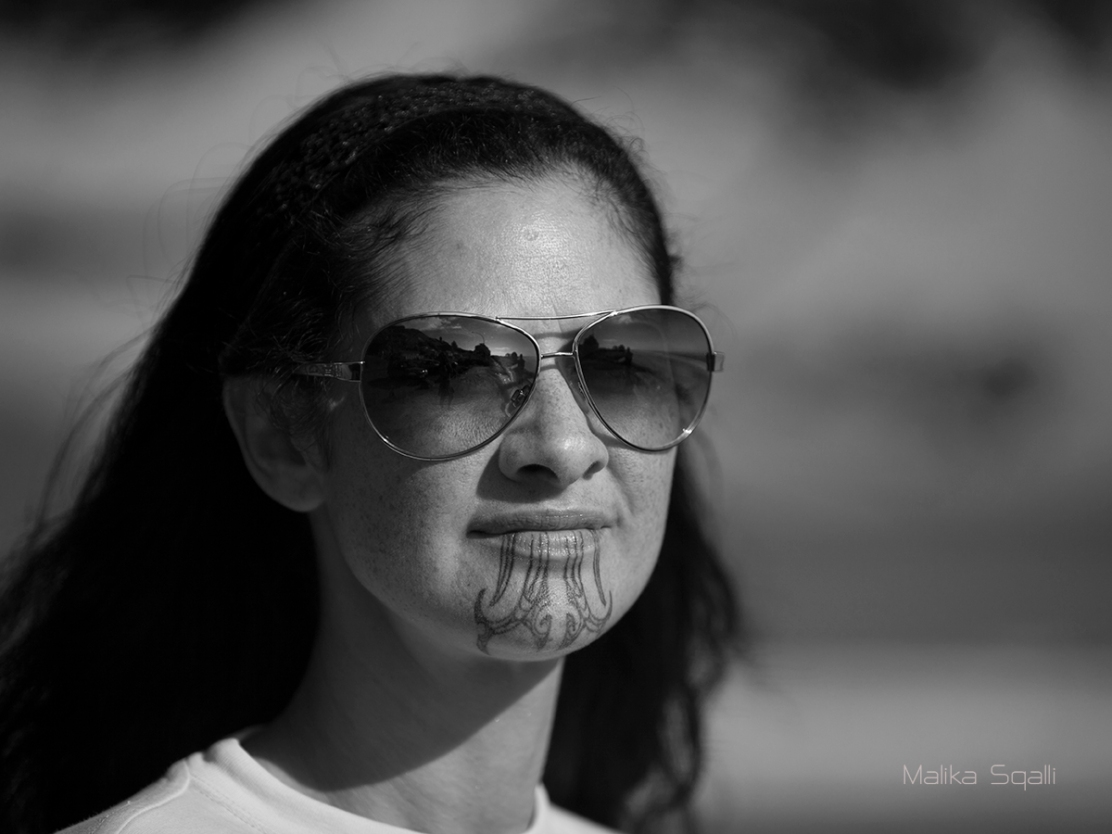 Catherine – the first woman I met with a Moko, back in 2012 in Ahipara – who was the catalyst of this whole project.

Pat – at peace with herself since having inked representations of  her grandma on her chin, her parents on her shoulders and her granddad on her chest. This was at a Mokopapa on the East Cape where her husband was getting his own Moko. 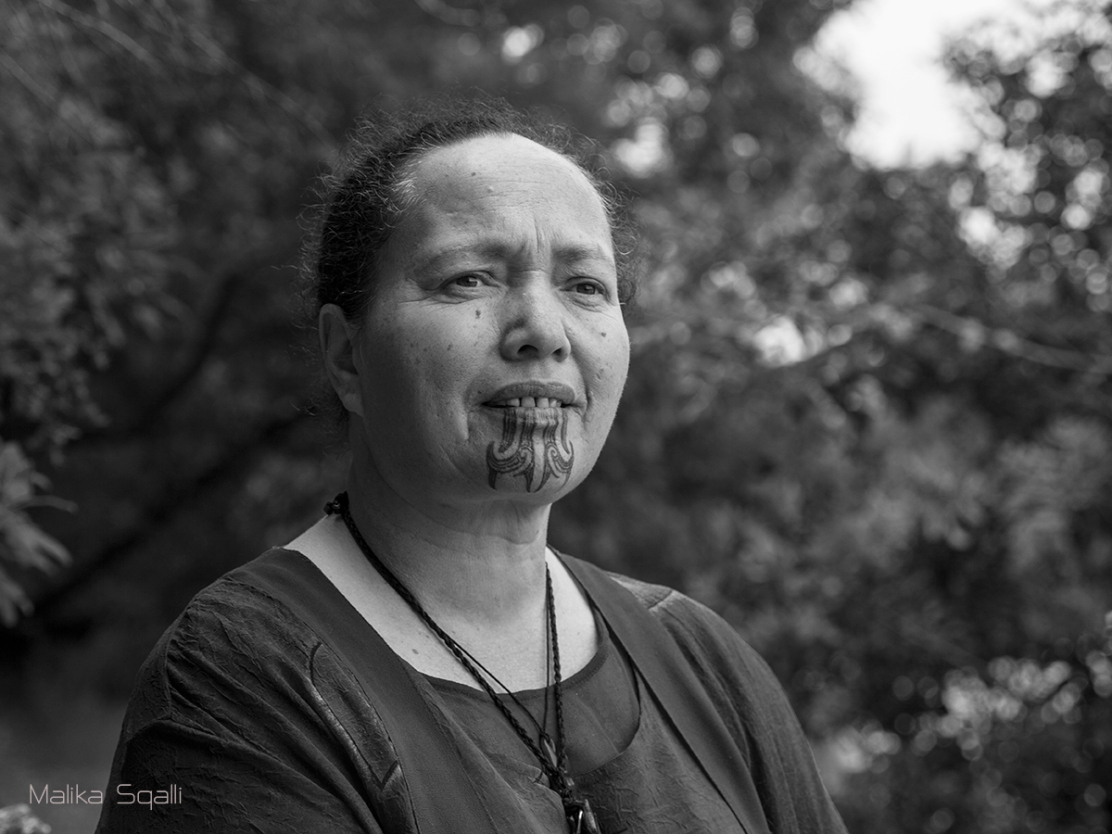 Mere Taylor Tuiloma telling me about when she decided to take the step of getting her Moko done, a year after her husband’s death.

Rawi – a Maori healer at her favorite spot in Kerikeri, where she lives. 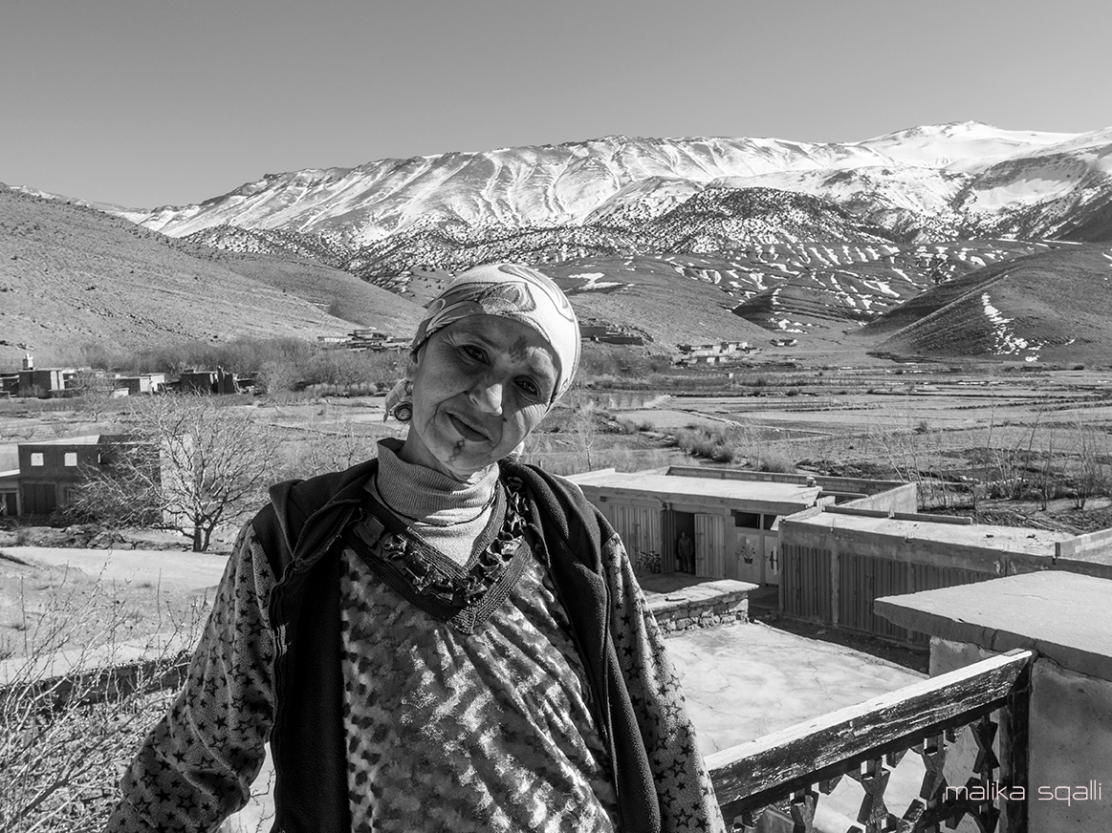 Aicha from Tabant – She decided to keep her tattoo because it is the only keepsake she has of her mother. She had it done at the age of 8.

Aicha is around 110 years old. She was also a tattoo artist. She told me my tattoo behind my ear was rubbish – a tattoo has to be seen – therefore on the face or ankle or wrists or chest or neck – parts of the body that were not traditionally covered by Berber women.

A fortune teller from Marrakech.

In Berber culture, it is a disappearing tradition, found only in remote areas of Morocco, and generally on the bodies of female elders. Although language and other traditions are being revived, the Oucham is becoming increasingly taboo primarily due to religion and the perception that a traditional tattoo is not acceptable in modern society. There seems to be a a great deal of ignorance and lack of interest within the Moroccan community itself about it.

The Moko Kauae, on the other hand, is seeing a resurgence and is worn with pride by both elder and younger Maori women in the multicultural New Zealand environment.

I met Catherine who had decided to get tattooed at age 30 and told me that her Moko design traced her roots and identity and embodied her values and purpose in life. Like a facial lifeline, a purposeful representation, the wrinkles and scars of her life journey. I often found this to be the case with Maori Moko Kauae.

The Moko and Tichrat/Taghzait are a strong, beautiful ‘in-your-face statement’; the body acting as an eternal canvas for the landscape of personal and traditional life, facial poetry connecting the wearer to who their core, for each tattoo has a special story to it.

This is the very beginning of this work in progress where I investigate the stories, document, portray these powerful personal representations, capture the pride and sense of identity with which they are worn. From the starting point of the facial tattoo, this project will touch on a more broad social and cultural specificity documentary.

If you are interested in this project or want to support it don’t hesitate to contact me!

Text and all photos: © Malika Sqalli