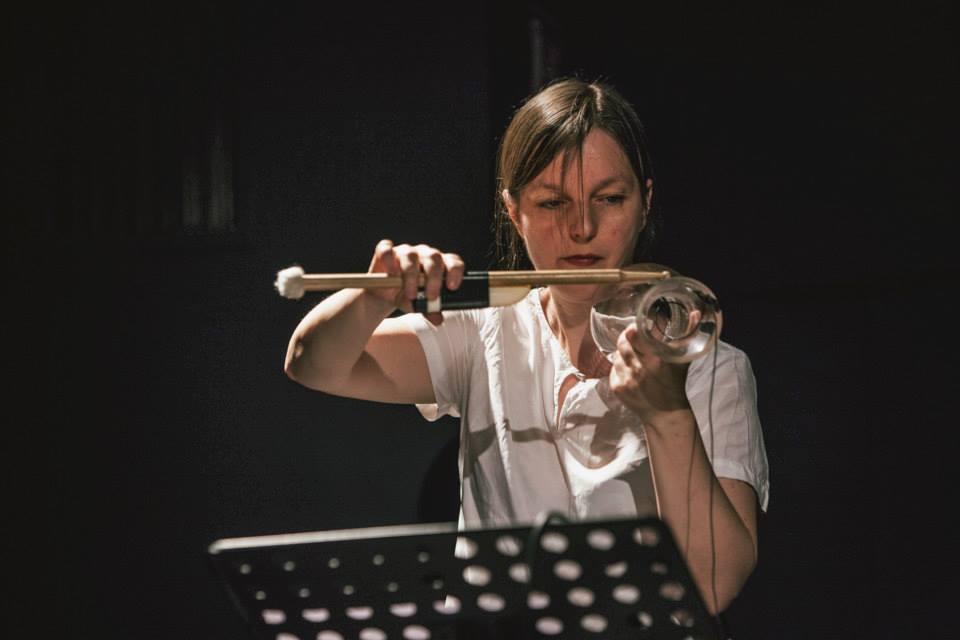 On 8th of May, 2015, I performed a solo recital at the festival “Izlog Suvremenog Zvuka” (Showroom of contemporary music) in Zagreb premiering amongst others my new work  “They speak in layered…” which has been inspired by the what-ifblog community.

Also on the program was a composition by Mexican composer Hugo Morales:

Watch here a documentation of our rehearsal:

How does a piece like this come into existence?

“4 Violinized Items” is actually a forerunner of the what-if arts project on identity. When I first approached Hugo to write a piece for me, my idea was that it would become part of a solo performance with the topic “Undoing Gender”.

Undoing Gender- what is this about?

I was (and still am) fascinated by thoughts of Judith Butler, an American philosopher, who writes on gender taking into account female and male perspectives.

Butler looks at gender identities as a kind of performative act from ourselves: in her opinion, being man or woman, male or female is rather a product of our own repetitive actions than of social or natural, inescapable givens.

Her thought inspires me in the sense that I feel it gives us the freedom to transgress boundaries and define ourselves anew again and again. We can define our role in society independently from what it wants us to be. We need not to do what we are suggested to do by whomsoever, instead we “perform” and re-conceive ourselves on a daily basis. If we want, we can change. Again and again.

Maybe this is an utopian wish. Anyway, to me it meant an unbelievable potential of possibilities for my (and our) private and professional life. As Butler says, the act of “undoing gender” becomes a domain of freedom.

However, what has that to do with “4 violinized items”?

I asked Hugo to contribute to this project, since he defines instruments in a unique way. Tradition and conventions are things he rather revokes. So, in a way one could say his undoing of the traditional instrument could serve as an artistic symbol for undoing gender.

In 2012, when we discussed the “Undoing Gender”-show, Hugo wrote to me:

“It sounds pretty interesting!, it is indeed a fascinating subject and I can very well imagine a sort of “instrumental disassociation”. As you mentioned, I am myself very interested in “identity” related to traditional instruments and how this preconceives the way we listen and experience music. The many ways an instrument can be redefined and reinvented, confronting our own expectations about their possibilities, characteristics and sonic personalities. I think I could contribute to this project.” (Hugo Morales in an email to the author).

The “Undoing Gender”-performance later transformed into the bigger participatory arts project “what if?” which you find represented in this blog.

Of course, as a performance Hugo Morales’ “4 violinized items” now stand for themselves. However, I found it fascinating to follow the piece back to where it originally started, with Judith Butler’s idea of “Undoing Gender”.