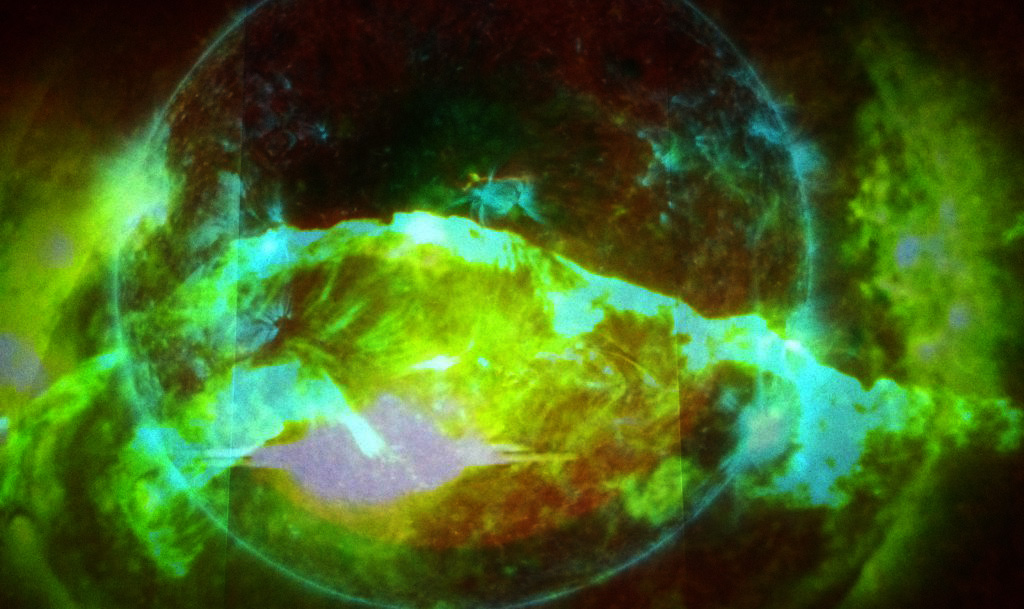 We have listened through the entries of the #WhatIfDrone remix contest. It’s brilliant that they are so varied, and we would like to thank you all for participating: Martin Quibell (UK), Stella Bell-Murray (Canada), Ken Ficara (USA), Sylvia Hinz (Germany), Kevin Heimbuck (Germany), Magic Sun (?), Stefan Szepe (Austria), Andy Getch (USA), Gloria Guns (Canada), Sara Sherlock (Ireland), TC Elliott (USA).

While listening through your entries, each of us, Thomas Wagensommerer, Clio Montrey and myself, came up with a different favourite drone. Our personal choices reflect on our own artistic and personal identity and background, originally coming from avantgarde new music, crossover culture and technology based music.

The three composers we would like to feature, each in a dedicated future blog post, are the following:

Sara Sherlock with her drone “Peripheral vision”. We really liked the way she incorporated electronic (bubble speech) as well as nature sounds (crickets) and blended it with her own personal music. On top of that, she has created a beautifully professional production.

Ken Ficara impressed us with his great use of harmonics and melodies. In “What if the ships hadn’t sailed” he managed to maintain momentum and capture our interest for the duration of a long composition. We enjoyed the calm flow of his drone, and his way of developing the sounds without giving the drone an explicit direction.

Martin Quibell, who composed “Lazy Day Drone,” had a unique approach to the remix. Instead of basing his drone on a harmonic sequence, he used a rhythmic crickets track as the feature that holds together sparse and broken sounds from the accordion and bells. We love that he experimented with the concept of drone.

Additionally, we would like to feature Gloria Guns and Martin Quibell in our installation “Read me.” Gloria Gun’s drone “Fan death” and Martin’s soundtrack lend themselves perfectly to the concept of the installation.

Congratulations and thank you again,
Barbara

Forthcoming event:
We will show two versions of “Read me” at the University of Music and Performing Arts Graz on 10th of October, where Barbara will talk about What if? at an international meeting of artists and researchers. Ira-Malaniuk Saal, Reiterkaserne, Leonhardstraße 82-84. 8010 Graz, 17.30-18.30 hrs.