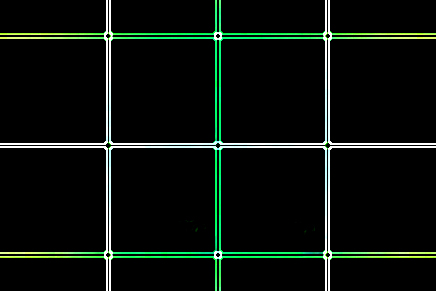 Instead of writing a blog post on a new topic I would like to reflect the reactions our blogpost “Seeing I” caused online and let you take part in the discussion.

When promoting “Seeing I”, I asked the simple question “Exchange one’s identity via virtual reality–why would anybody do that?” The reactions went from “the nerd dream about VR headsets” to “the metaphysics of identity are in decay”.

The seeing-I website claims “The reason for initiating this project stems from an interest in how much of the individual is an inherent personality and how large a portion of the individual is a cultural identity”. In my opinion, though, the proband merely exchanges his momentary personal life for the life of one single other person. One single person stands for a cultural identity? I doubt it. Is “Seeing I” perhaps just a flashy, but bluntly superficial experiment?

A friend stated that the experiment “will offer interesting insight into two things: a. how do people perceive identity? and b. how do people react in these situations, and how far will they go in order to explore a point that is personally important to them?” Somebody else compared “Seeing I” with the body work of performance artist Stelarc.

In her comments on our original blogpost, knitnkwilt speaks about valid aspects in context of such an experiment like “immersion in games”, “opposition to technology”, “torture methods”, “the construction of the self”, or “the anchor in the physical world”. Have a read.

Another friend spoke about the science fiction book Snow Crash, where people live partly in the physical, partly in the virtual “metaverse”. He also told me that “Oculus VR has ways to go for the above project to feel real.” Does anybody else have any experience with it?

Concluding, I wanted to show you what might be my personal alternative to “Seeing I”. Brian Peiris’ RiftSketch: Live coding in VR with the Oculus Rift, Firefox WebVR, JavaScript and Three.js.

Brian is creating his virtual environment while inside it. Cheers.